Center Ring, the much anticipated first book of the Dark Circus series is finally here, and on sale for only 99 cents from September 29th through October 6th!

Enter the circus where horror comes to life and some things are exactly as they seem! 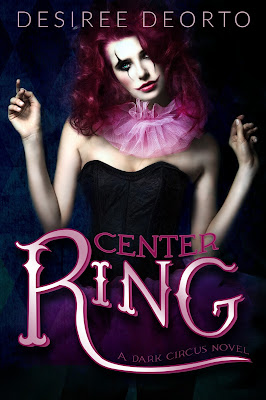 Fear runs rampant, horror comes alive, and an ancient curse comes to light in the Dark Circus.
As the star of the show, Candace is trapped between what she knows and what her mind demands her heart to see.
She was raised knowing that when it comes to the Circus, nothing is what it seemed, but even some things were too terrifying for her to believe.
The cards are stacked against her, and the stage is set. As time begins to run out a new show arises, one that brings evil to life.
When she steps into the Center Ring, Candace understands that she'll never be able to turn back. The only certainty she holds is that she will die, but how is what the Tarot cards refuse to show.
Thrust into solving the mystery of her impending death she knows that only The Fool would wait for someone else to save her. But when you don't know who she can trust, how can she hope to save herself? 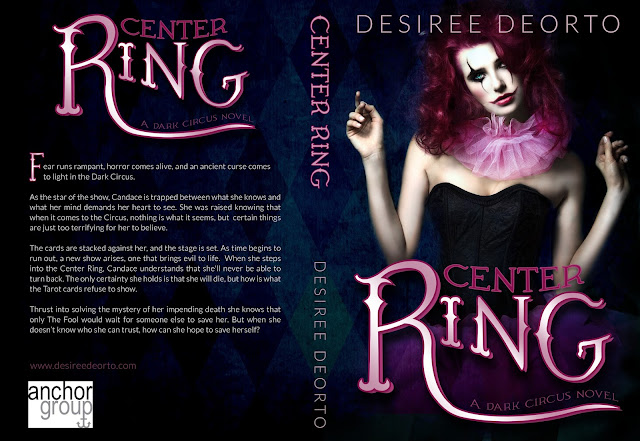 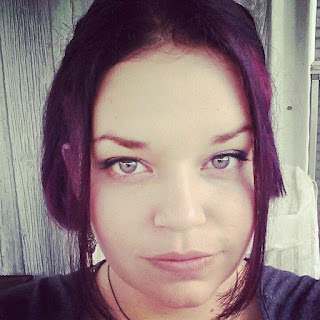 Desiree DeOrto is a mother of four adorable little hellions. When she's not busy wiping noses, stopping toddler WWIII,cooking, or cleaning she can be found creating complex characters in believable worlds, throwing confetti, or causing general mayhem. Desiree believes in the power of words, and works hard to create an escape from reality through her stories.