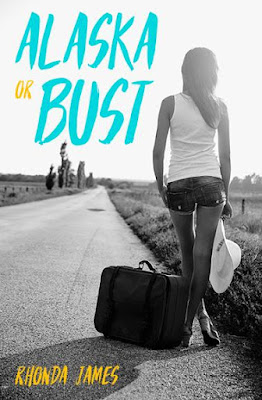 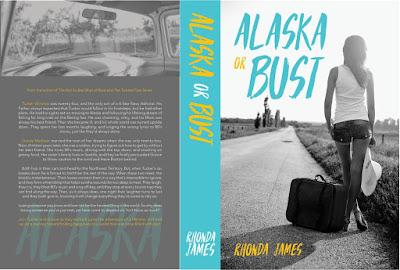 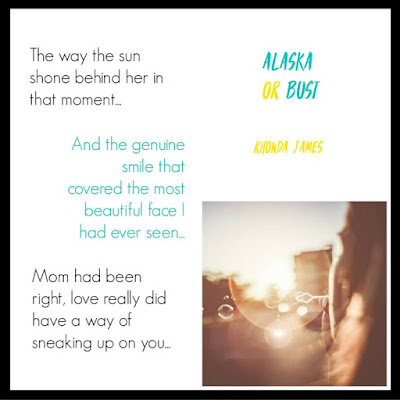 Tucker Winslow was twenty-four, and the only son of a 4-Star Navy Admiral. His Father always expected that Tucker would follow in his footsteps, but he had other plans. He had his sights set on moving to Alaska and following his lifelong dream of fishing for king crab on the Bering Sea. He was charming, witty, and his Mom was always his best friend. Then she became ill, and his whole world was turned upside down. They spent her last month’s laughing, and singing the wrong lyrics to 80's music, just like they'd always done.
Gracie Madison married the man of her dreams when she was only twenty-two. Now, thirteen years later, she was a widow, trying to figure out how to get by without her best friend. She loves 80's music, driving with the top down, and snacking on greasy food. Her sister's family lives in Seattle, and they've finally persuaded Gracie to throw caution to the wind and leave Boston behind.
Both hop in their cars and head for the Northwest Territory. But, when Tucker's car breaks down he is forced to hitch-hike the rest of the way. When these two meet, the bond is instantaneous. Their losses connect them in a way that's impossible to ignore, and they form a friendship that helps soothe wounds that go far too deep to heal. They laugh, they cry, they blast 80's music and sing off-key, and they stop at every tourist trap they can find along the way. Then, as it always does, one night their laughter turns to lust and they both give in, knowing it will change everything they've come to rely on.
Losing someone you know and love can be the hardest thing in the world. So why does losing someone you've just met, yet have come to depend on, hurt twice as much?
Join Tucker and Gracie as they embark upon the adventure of a lifetime, and end up on a journey toward finding happiness in a world that was once filled with pain. 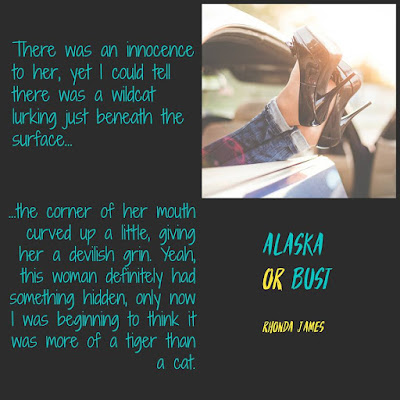 “How did you know this song always makes me happy?”  She turned to me and flashed the most breathtaking smile I’d seen her produce.  She really was quite striking.  There was something about her eyes that always seemed to lure me in.  There was an innocence to her, yet I could tell there was  a wildcat lurking just beneath the surface.  Since we were going to be together for the next week, I was going to make it my mission to bring that cat out of hiding.  Yep, by the time we reached Seattle, I had every intention of showing Gracie Madison just how much fun it could be to cut loose and remember how to have fun.  Hell, God knows we both could use a little taste of it.

“No one can resist Rebel Yell.  Remember the video?”  I did my best Billy Idol impression, complete with lip curl and growl, and that made her laugh.  She had a beautiful rich laugh.  I vowed then and there to make her laugh more often.  After all, this trip was about chasing our dreams and finding our happy place.  Right now listening to her laugh as she sang along with Billy, I felt pretty damn happy.

“More, more, more.  Owwww!”  Her little fist pumped into the air as if to punctuate each word.

“You ever call that out? During sex, I mean.” I asked casually, not expecting her to answer, but still hoping to make her blush.  I’ll admit I was surprised when, rather than getting all flustered like she usually did, she actually answered.

“You mean beg for more?”  She stole a quick glance in my direction and I gave a single nod.  “Oh yeah,” her voice went really husky, and I could tell she was playing along, “all the time.”  She flashed me a sexy wink, then threw my question right back at me.  “What about you, stud? You ever beg the girls for more?”

“Only when they’re doin’ it right, sweetheart.”  I chuckled softly, enjoying the fact that I could still make out the flush on her cheeks, despite it being dark outside.  My eye caught the sight of flashing blue and red lights in my side mirror.  I twisted in my seat, seeing that the cop was not far behind us, then cast my eyes toward the speedometer.  Fifteen over.  Shit.  This did not look good.  “Um, Gracie, you planning on stopping anytime soon?” 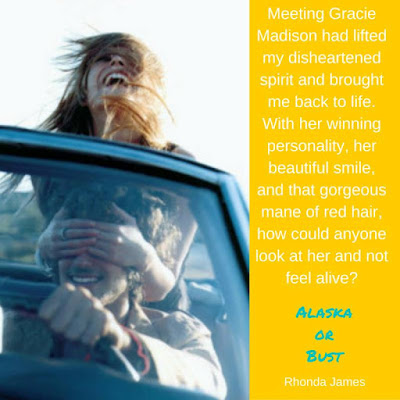 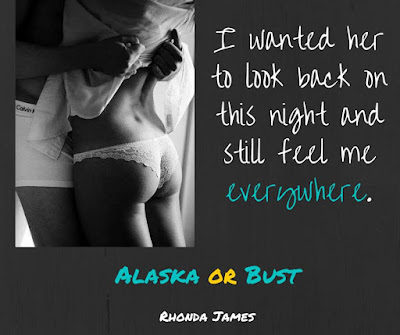 Author Bio
Rhonda James is an Amazon best-selling romance author who strives to create a book boyfriend for all her readers.  Rhonda is married and lives in Michigan with her family. In her spare time you can find her talking to readers, cooking some new creation in her kitchen, or just spending time with her family.
Some of her guilty pleasures are mastering such things as Twitter and indulging in chocolate, she may do one more than the other.
Come find her on her social networks and don’t be afraid to say Hi! 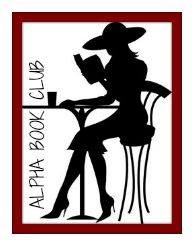 Posted by Dawn Hartzburg at 8:30 AM